Emhart Glass began with a dream shared by three US entrepreneurs, Karl E. Peiler, William H. Honiss and William A. Lorenz, who aimed to find new ways of making and using glass containers. Later, four more businessmen joined them to form the Hartford-Fairmont Company. Hartford-Fairmont developed the innovative technique of feeding molten glass into moulds in gobs, rather than by suction. Ultimately, their work led to the automation of the glass container industry.

The story begins with an idea shared by US entrepreneurs Karl E. Peiler, William Honiss and William A. Lorenz: to find new ways of making and using glass containers 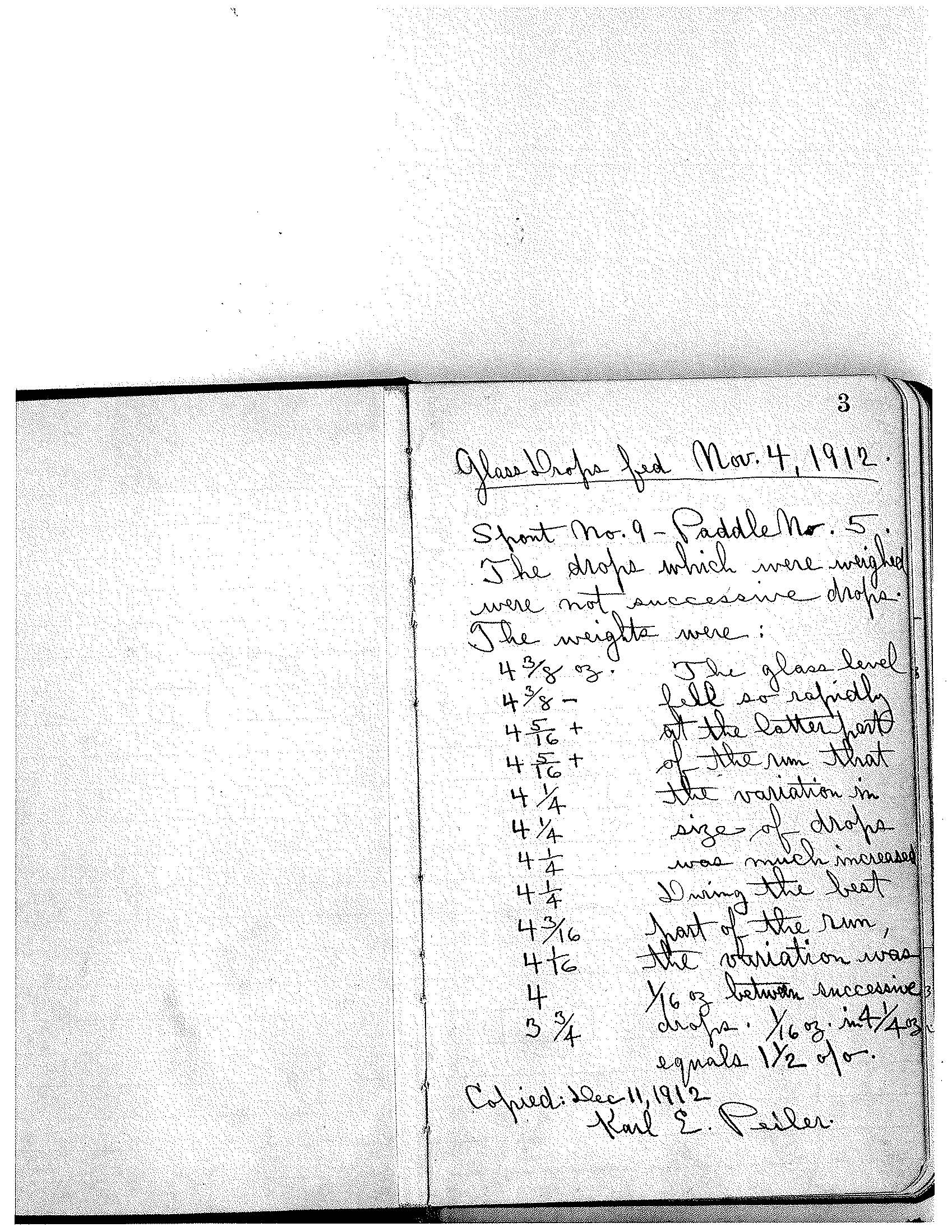 Hartford-Fairmont introduces the first plunger feeder, laying the foundations for the automation of the glass industry. 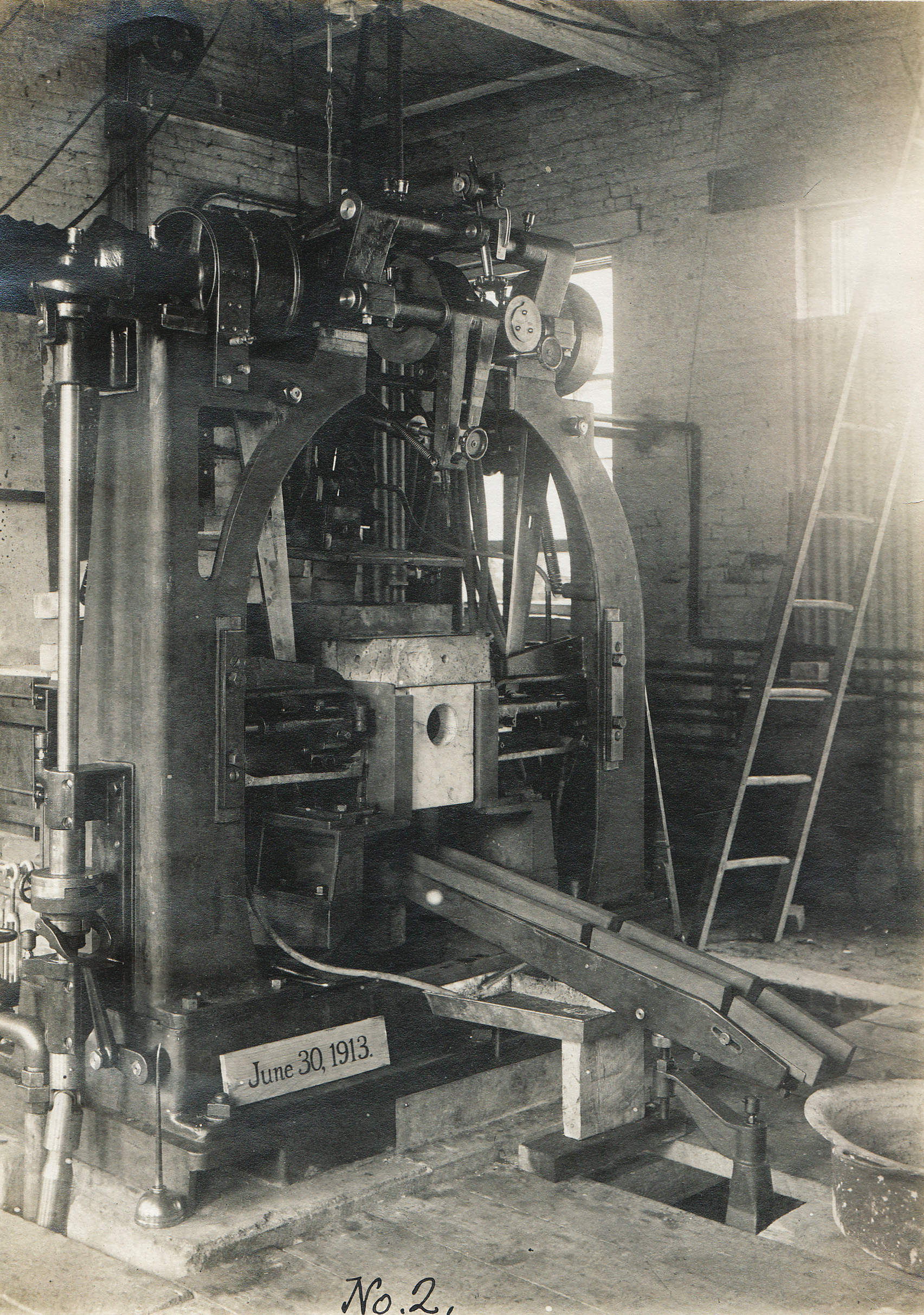 The Birth of IS

Hartford-Fairmont joined with the Empire Machine Company of Elmira, NY, USA, to form Hartford-Empire. Glass-making pioneer Henry W. Ingle joined the company and created the first individual section (IS) machine. IS represented a new standard in automation, and established the core of Emhart Glass’ product range right up until the present day. When the first four IS machines went into operation at the Carr-Lowery Glass Company in Baltimore, the era of automatic container manufacturing had begun.

Hartford-Fairmont joins with the Empire Machine Company to form Hartford-Empire.

The first four IS machines go into operation, heralding the dawn of automatic container manufacturing. 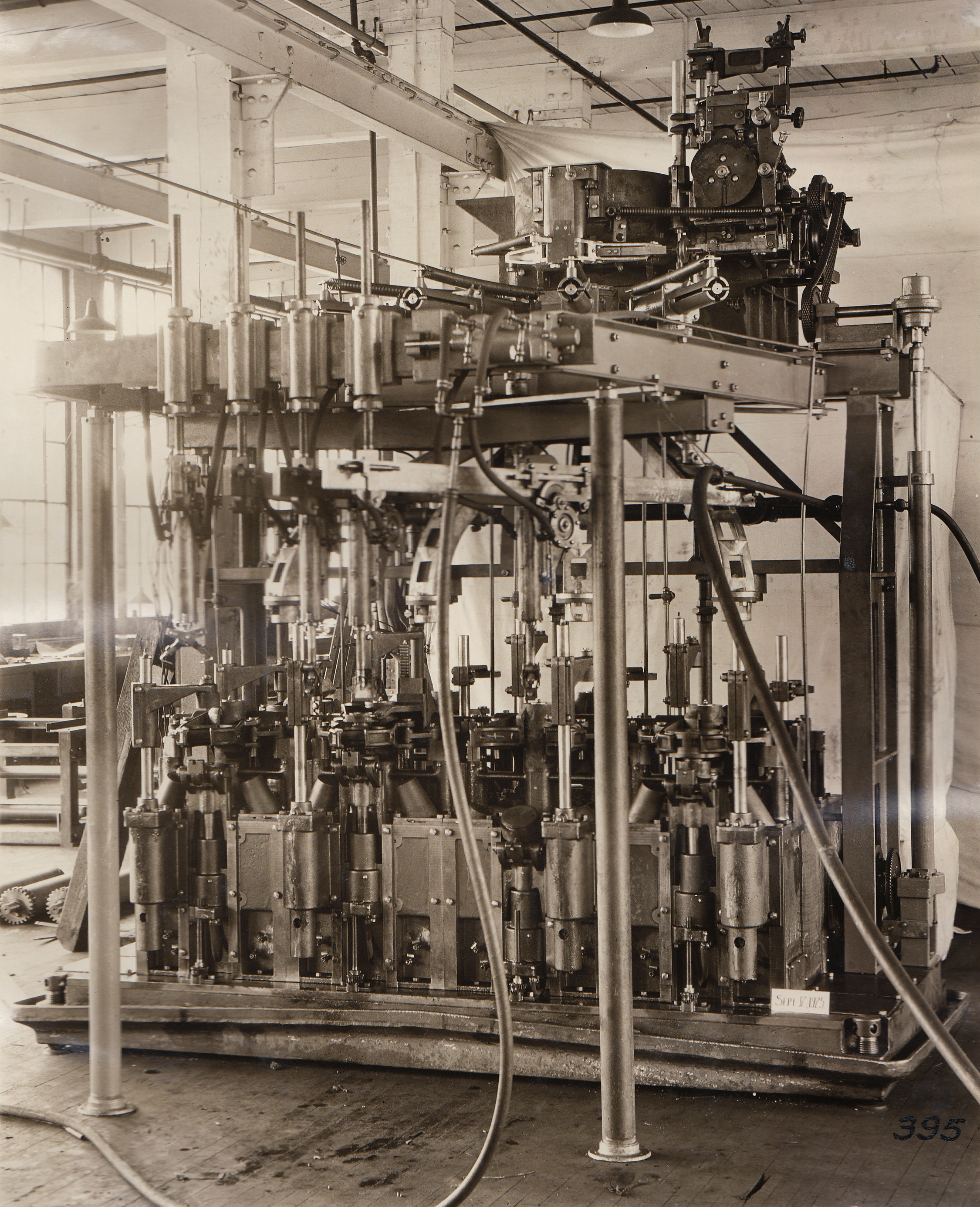 The 1930s were a decade of ups and downs. Hartford-Empire introduced the Hartford 28 paste-mold machine, which allowed glassmakers to manufacture seamless tumblers and tableware, and the end of Prohibition in the US resulted in a huge resurgence in demand for glass. Building on its success, Hartford-Empire diversified into plastic containers – but also found itself the subject of antitrust proceedings. Hartford-Empire introduced first double-gob IS machine. Post-war prosperity drove demand for glass packaging for food, drink, cosmetics and pharmaceuticals and heightened expectations of quality. Hartford-Empire responded with new methods for automatic inspection such as the HE -74 check inspector.

The first double-gob equipment is introduced. 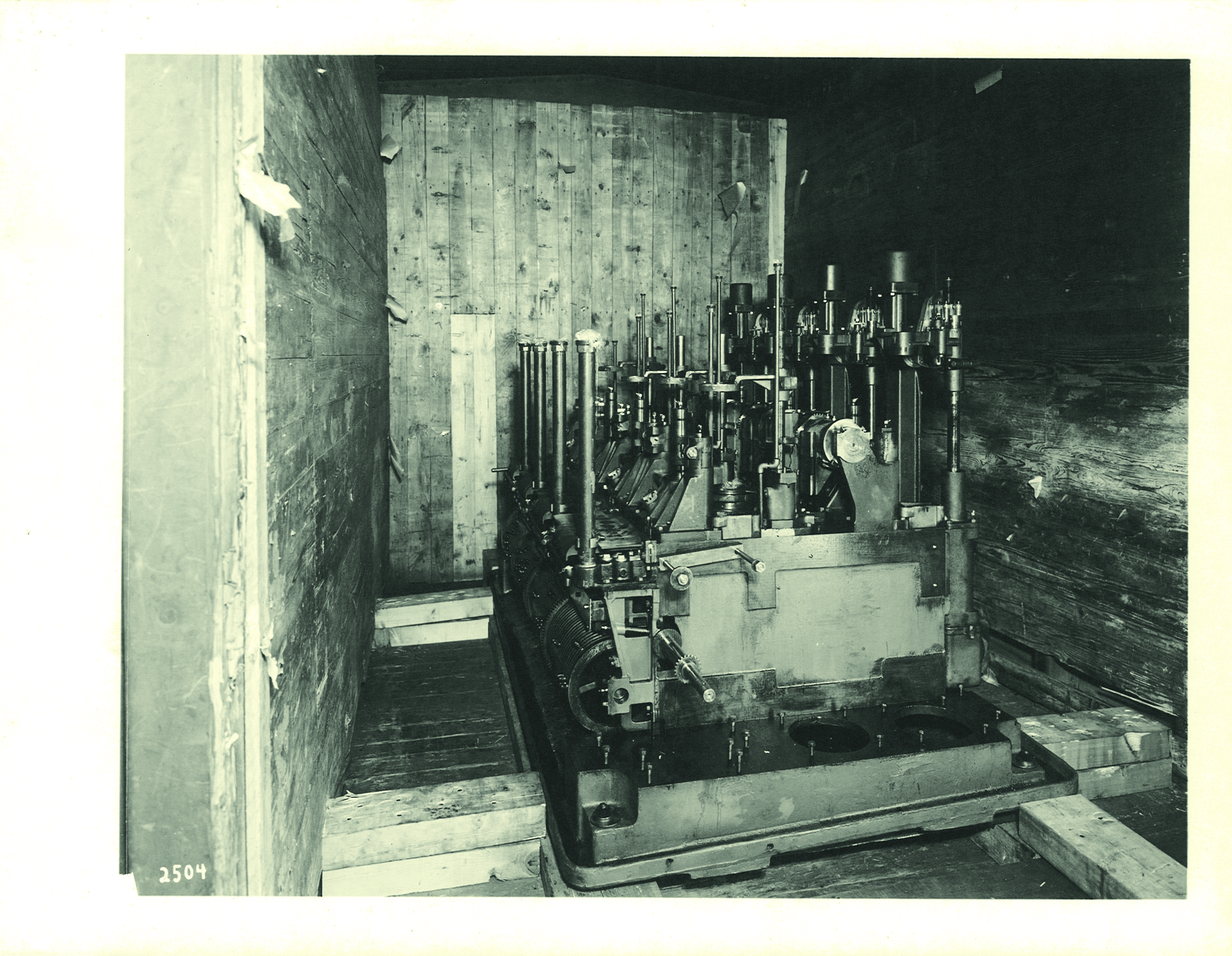 The HE-74 check inspector is introduced, and inspection research is made a priority. 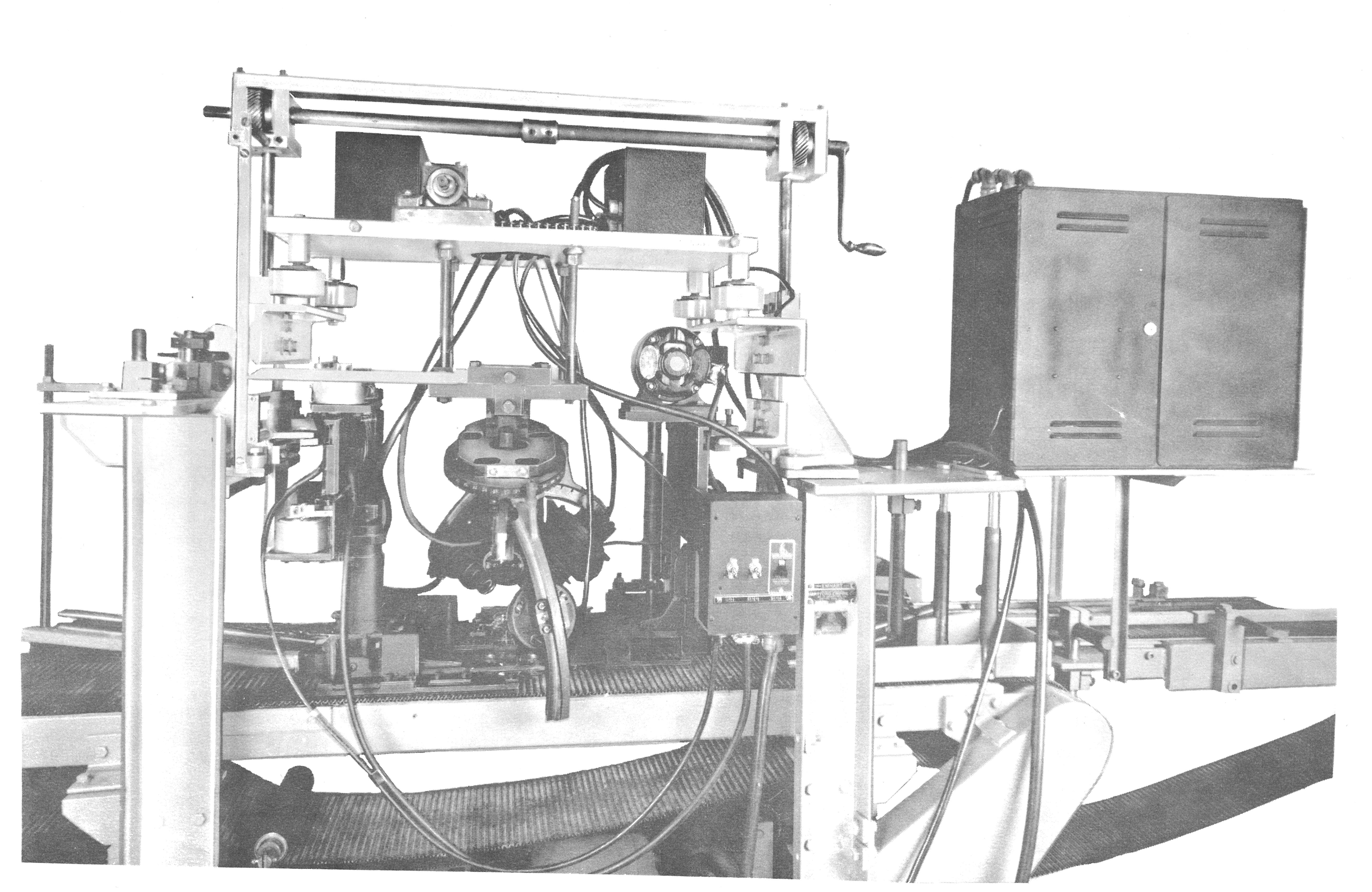 Across the Atlantic and Europe and beyond

The company took on a new name: 'Emhart Manufacturing Company'. Emhart made its first moves overseas by acquiring Aktiebolaget Sundsvalls Verkstader in Sweden and setting up an office in Zurich under the direction of future President Michel Cornaz. The first six-section IS machine was introduced to the market, along with the HE-127 automatic inspector. Emhart Corporation sold its shares in Plax, but grew dramatically through its merger with American Hardware and the acquisition of several other firms. The glass machinery division developed its multinational presence with new branches and expansions in Sweden, Germany, Italy, the UK, Japan and India, while continuing to introduce new products. 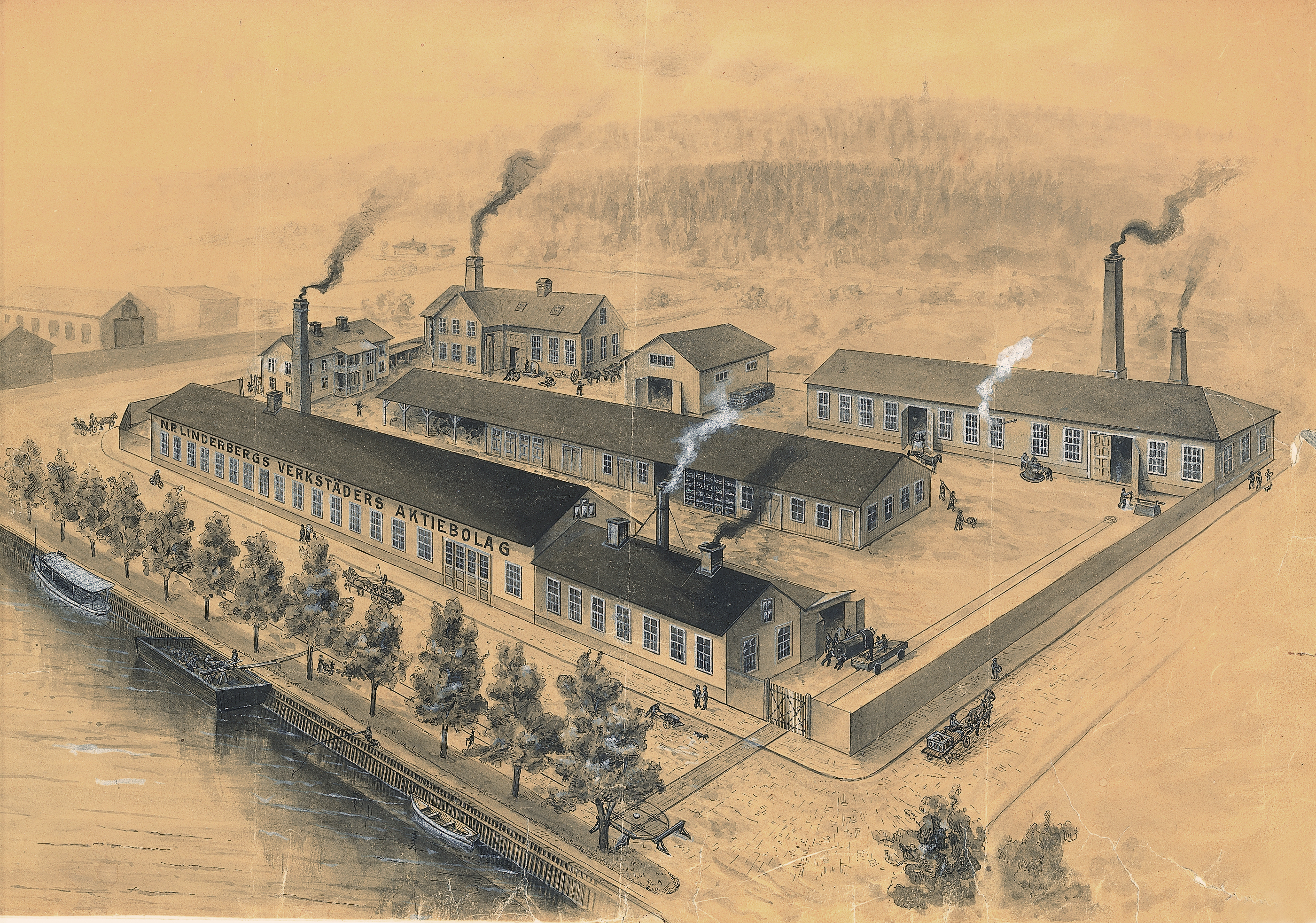 The first six-section IS machine is introduced, along with the HE-127 automatic finish check inspector.

The first triple-gob machine is introduced.

The glass machinery division delivered a host of key innovations during the 1970s, including the first eight-section double-gob machine, the 516 control system and the Advanced IS (AIS) machine. A major milestone was reached with the shipping of the 1000th IS machine from Sundsvall. Meanwhile, Emhart Corporation grew dramatically, becoming a billion-dollar giant.

The first eight-section double-gob machine hits the market, delivering a 30% improvement in productivity. 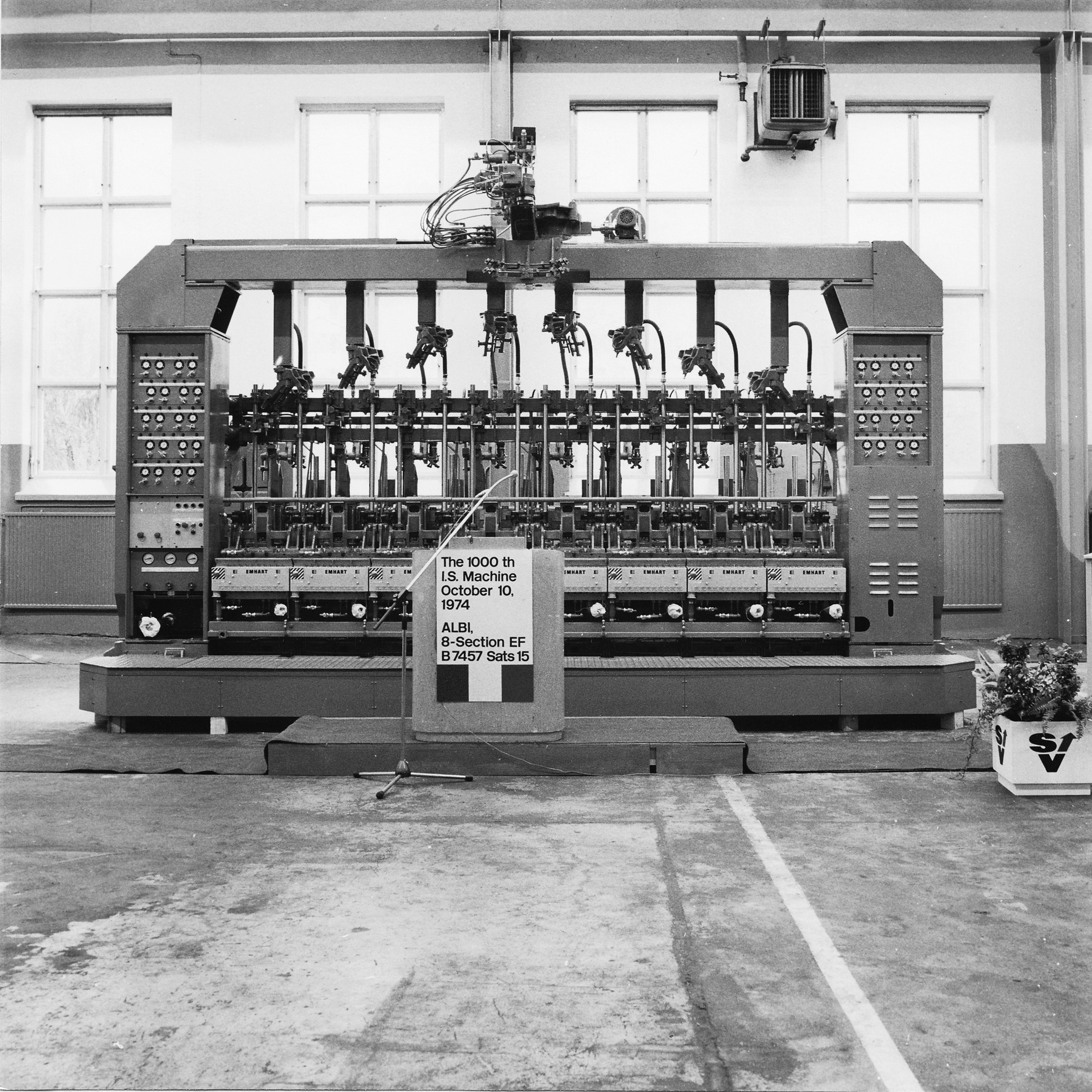 The first Advanced IS machine AIS is installed. 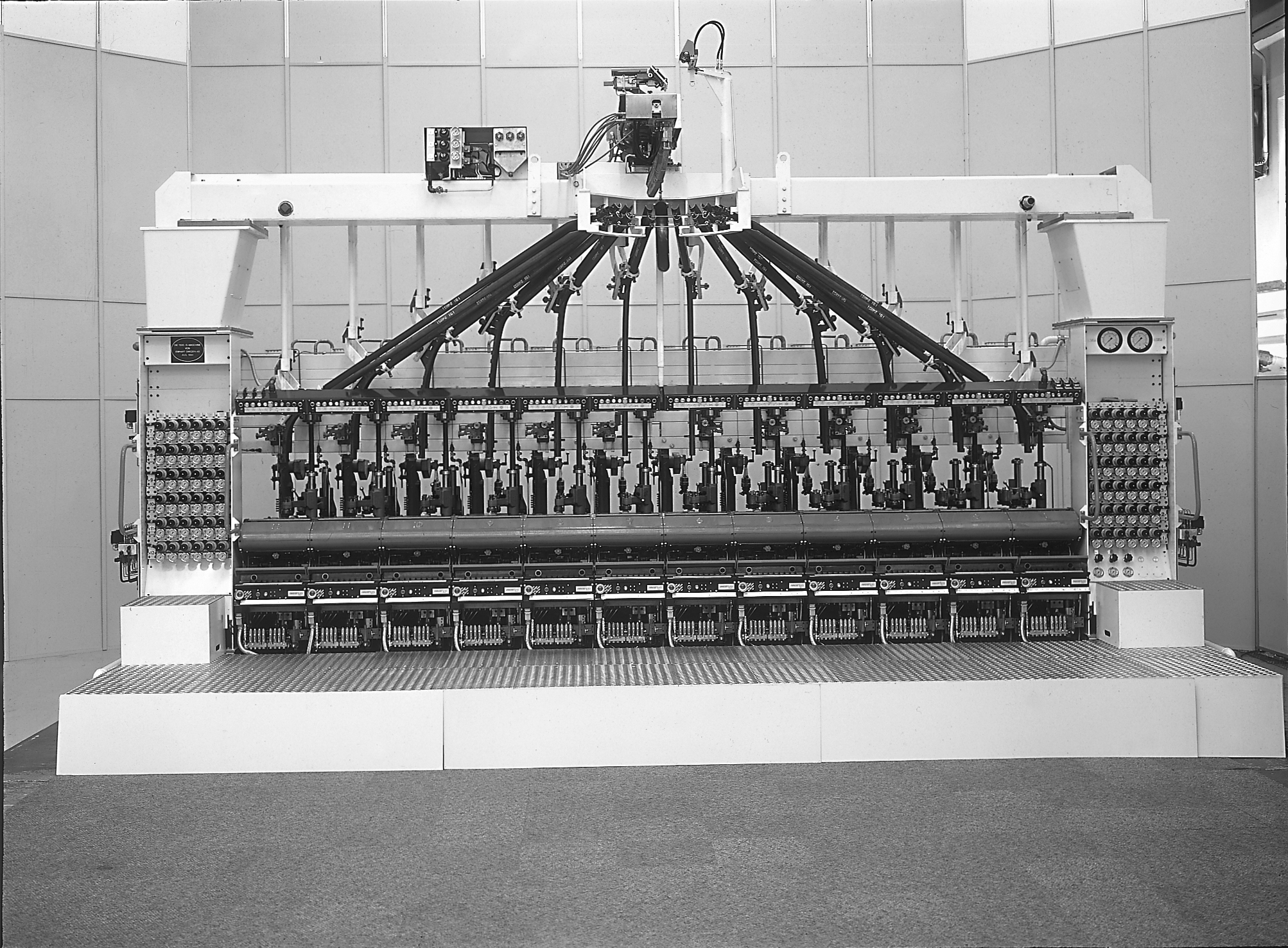 Ray DeVita became President, and the Emhart family grew with the acquisition of inspection experts Powers and refractory specialists Laclede Christy. Manufacturing of IS machines was consolidated at Sundsvall, while US revenues took a hit due the growing popularity of PET bottles. Headquarters moved across the Atlantic to Zurich, and concerns over a hostile takeover were ended by Black & Decker's successful acquisition of Emhart Corporation.

Emhart Glass introduces its FlexLine system, allowing glass producers to make rapid changes to the number of IS sections being used.

Emhart Glass is acquired by The Black & Decker Corporation.

The 1990s were a time of commercial consolidation and gradual technical improvement. Incoming President Kurt Siegenthaler initiated a transition to a functional company structure, while Bertil Bjugård made big changes to the production setup in Sundsvall. The firm found a new parent in Bucher Industries.

Emhart Glass is acquired by Bucher Industries of Niederweningen, Switzerland.

The early years of the 21st century saw a servo-electric revision of the proven IS technology in the form of New IS, and enhanced control system, FlexIS. A new President, Martin Jetter, joined in 2005 and initiated changes including an acquisition on the inspection side, an all-new research centre and a significant joint venture in China.

The Next Generation IS machine NIS is introduced, delivering up to 4.2% higher cycle rates, reducing workout times by half and increasing mold life by up to 20%.

Emhart Glass completes the acquisition of ICS Inex Inspection Systems. Established in 1855, Inex created Optitron, the first inspection machine for refillable bottles, in 1955, and subsequently built a strong position in inspection devices for the pharmaceutical, food and general packaging industries.

Emhart Glass opens a completely new, state-of-the-art production centre at Johor Bahru, Malaysia. The factory is devoted to the assembly of welded parts, with facilities for warehousing, training and demonstrations.

Emhart Glass finalizes a joint venture with Shandong Sanjin Glass Machinery Co of China. Together, the companies have a comprehensive product portfolio and are ideally placed to serve the fast-developing glass industry in China.

Emhart Glass becomes Bucher Emhart Glass to emphasize our connection with the Bucher Group, an industrial leader with a clear vision for the future.

Launch of SCOUT inspection platform and the End to End technology roadmap.